Recent Study Shows Display as the Backbone to Digital Marketing

This article is a contribution from Travis Champ, Chief Operating Officer at Genius Monkey

Without a display campaign, your marketing strategy is missing a crucial feature: its foundation

As a leader in programmatic advertising, Genius Monkey knows that a well-rounded strategy includes display first and then other programmatic services added on to complement display. In fact, data shows that display campaigns are the backbone of almost every successful digital marketing media plan.

Audio touches 9% of all conversions

Display touches 58% of all conversions

Video touches 33% of all conversions

OTT/CTV touches 22% of all conversions

Retargeting, whether that be display, video, or a mix, touches 27% of all conversions 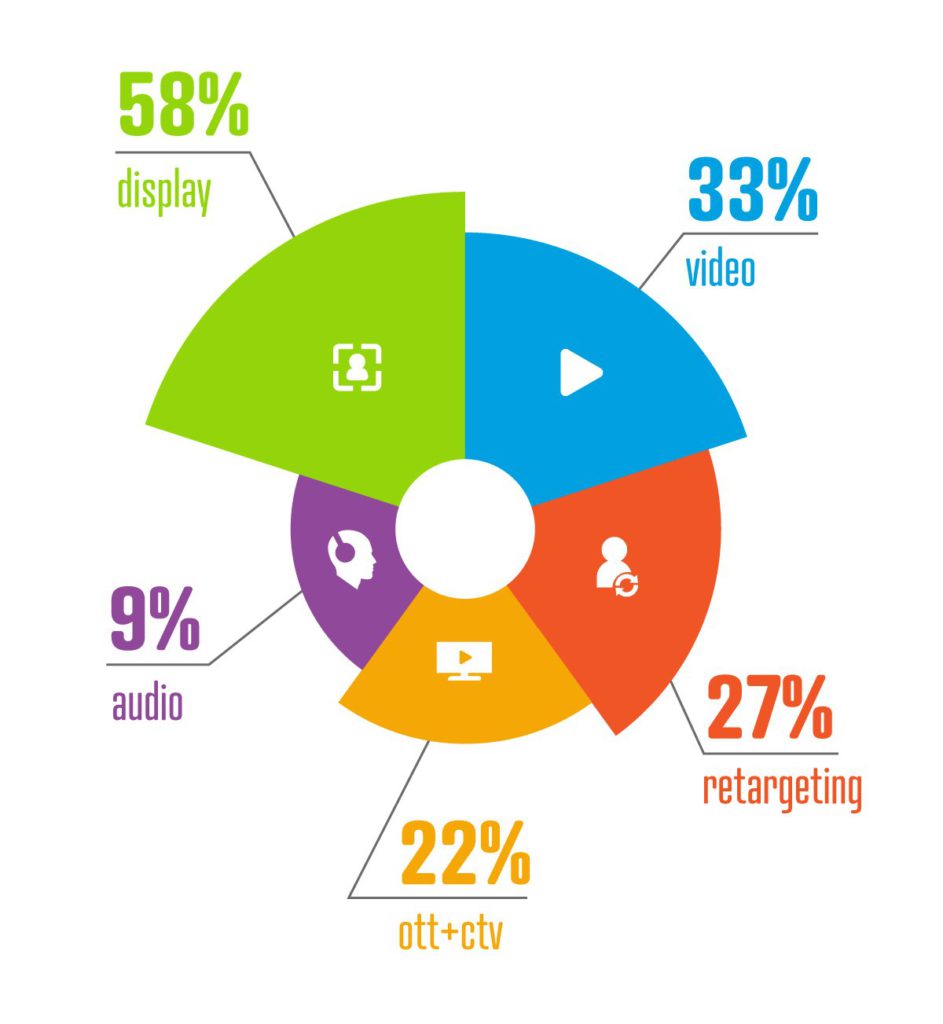 The main takeaway? It’s essential to have a good mix of programmatic mediums, but display ads should be the foundation to every digital strategy. Why is this? Display has a larger reach and a clearer influence, which is clearly shown in that it touches 58% of all conversions.

Part of the reason display works so well is because display has a much less expensive cost-per-thousand impression than other programmatic mediums. This means you pay less for every time the ad is displayed, allowing for much more impressions, branding, and the like. Here are the costs Genius Monkey observes for such mediums:

Part of the reason for the lower cost is due to available placements, which also explains the better performance-because more placements are available, display ads will have better reach. This means that for every video placement a website may have, there are about three more display ad placements available on that site.

Here’s what we have found: if a marketer only uses online videos, they are limited on the amount of websites, apps, or inventory they can place those videos on. Online video ads also cost at least 8x more per impression than display ads, allowing less impressions, and in turn branding, extending the conversion timeline. This is why video, audio, and OTT should be used as a support to display advertising.

With all that said, we aren’t discouraging you from running other mediums, because those other mediums contribute to conversion. In fact, our data shows that when a user is running all 5 of our services at once, the average conversions that occur are touched by at least 3 different mediums. This means 56% of users who converted saw at least three different ad formats. In fact, different mediums can also help push people through the sales cycle (conversion funnel) faster, and have other effects that can be strategically utilized when added to display.

In other words, Genius Monkey has found that by adding in mediums in addition to display you can potentially shorten the conversion cycle, drive more conversions, drive different audiences, and drive other beneficial metrics. However, by replacing display and only running those other mediums, you lose the foundation to your marketing and will tend to see drop-offs in performance. What does this really mean? Other digital marketing mediums should be used to supplement display-not replace it.

See how Genius Monkey did just that by shortening a client’s path-to-conversion cycle by adding in programmatic OTT video advertising.ç

Through their agency, Magic Marketing, the Advanced Training Institute (ATI) began running ads with Genius Monkey for just over a year and a half, using display and video to fuel their ad efforts. One challenge they wished to overcome, however, was the length of their conversion cycles. Relatively long conversion cycles are normal for education marketing, but ATI wanted to see if improving their cycle length was possible.

After establishing a campaign baseline through the use of DISPLAY and online video ads, the team wanted to test OTT ads to see how it affected the conversion cycle. After adding OTT to the mix, attribution showed that users were converting faster than previous years. Here are the results: 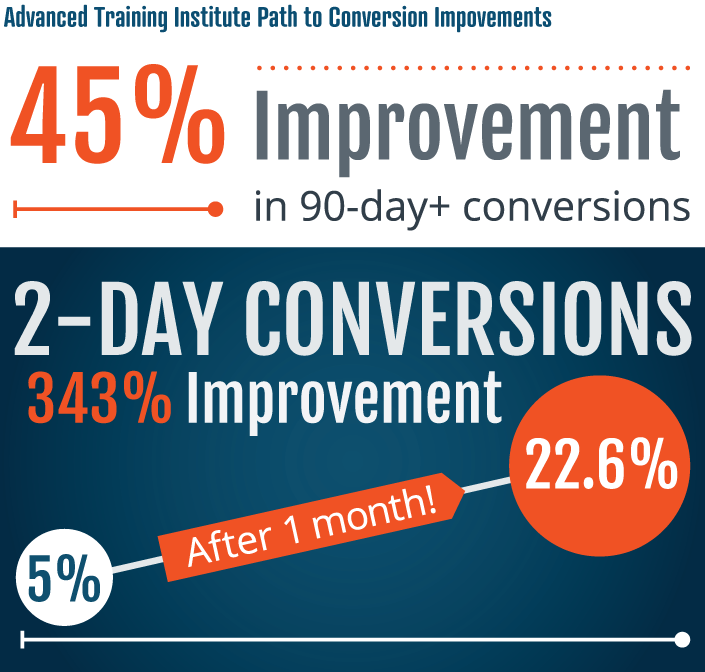 These results show why you should use additional services to supplement display advertising. Diversity of ad spend and media buying is key to a successful digital campaign; however, it should all lead back to display ads, as display ads provide the foundation of success. Without display ads, the foundation that you are building on is far less stable and you will never reach the heights you otherwise could.

Digitaljournal.com – You can read the full article also here.

Manage Cookie Consent
🍪 We use cookies and similar technologies for analytical purposes only. The data is anonymized and used to ensure basic functionalities of the website and to offer you the best possible user experience. We will not use any data for remarketing purposes and no data will ever be shared with any 3rd party. By using our website, you agree to the use of cookies. Information about cookies and their deactivation can be found in our
Manage options Manage services Manage vendors Read more about these purposes
View preferences
{title} {title} {title}

You want to contribute? Please, we are waiting for you:

You want to contribute? Please, we are waiting for you: